It is rare to come across a former sports professional who seeks to dispel myths on taboo topics such as mental health. Ex-footballer, Marvin Sordell, occupies this tricky space to spread awareness on the need for more discussions surrounding mental health in sport. Here, he describes his journey from football to film, including the challenges he has faced along the way.

Osazeme Osaghae: Hi Marvin! Thank you for interviewing with me.

Marvin Sordell: Hi Osazeme - It’s a pleasure to speak with you!

Osazeme: Talk me through your background.

Marvin: I grew up in Harrow with my older sister and Mum. It was great, everything was about football. I was obsessed.

Osazeme: Did you always envisage a career in football?

Marvin: I started kicking a ball from a young age and my passion developed from there really. Always played during and after school with mates and in teams. As they say, the rest is history. At the age of 13, I got scouted for Chelsea, then the next year I signed to Fulham and that was the start of my journey to become a professional footballer.

I later got released from Fulham at 16 and went to open trials, I impressed the scouts there and got a scholarship at Watford Football Club, signed my first professional contract and that’s where I broke through in the end.

Osazeme: Tell me about some of the early challenges you faced as a young, black footballer?

Marvin: Not having the ability to be myself at times. Personalities often get suppressed within the football industry. Being seen as someone who questions authority, you get labelled as someone who is difficult to manage/deal with or someone who has an attitude problem.

" When you are not smiling, you are told you need to lighten up and when you

are smiling and joking, you are told to take things more seriously."

In terms of racism, I did not blatantly experience this as a young footballer. However, when I got older, I was subject to racism in stadiums and on social media.

Osazeme: How did these challenges affect your mental health?

Marvin: I did not really address them at the time. But looking back, they did affect my mental health and my sense of self-worth.

" As Black men, we bottle things up and when we are called names and things that go against what you believe in, an internal conflict develops inside. And that is

Osazeme: What are some of the coping mechanisms you used?

Marvin: Writing, talking, reading, educating myself. I have been on a long journey of self-development and understanding.

Osazeme: What were the first signs you were experiencing mental health and what steps did you take to try and overcome them?

Marvin: The first thing I did was to write down my emotions, share my feelings and become more emotionally open and intelligent in the process.

Osazeme: Why is it so important for men to put their ego aside and speak up about their mental health?

Marvin: That’s exactly it – put your ego aside. There is a book I’m reading at the moment called ‘Ego is the enemy’ and it’s true.

" The only thing that stops us from

getting help is our ego."

It is important for people like myself and others who are paving the way in the sense of opening up these discussions about multiple things. When you have examples, this person is like me, they understand and they are empathetic – look at the support they are getting, this means there is an environment here that means there is a safe space for me to do the same thing. That’s why it is important for me to have this discussion.

Osazeme: How would you advise people worldwide who lack hope, suffer from depression and feel isolated during the lockdown period?

Marvin: I would tell them to search for a glimmer of hope, cling onto it and move towards that light.

" There is always a positive thing to find in every given situation,

it is just a case of searching for it. "

If you keep looking around and keep searching, you will find that positive thing.

Osazeme: Who are some of your inspirations?

Marvin: In football, growing up I was watching Thierry Henry and Ian Wright. In Music, I grew up listening to JAY-Z, Kanye West and Kendrick Lamar. I listen to people who use their voice, tell their story and empower people. They allow people from the same background as them to have an insight into their lives to give them a glimmer of hope. People like Jamal Edwards are those you should be looking up to. It is difficult to be an entrepreneur, so he is someone that I really look up to because he is challenging the status quo, leading the way and showing other people that it is possible.

I also looked up to My mum and my sister, my sister is so wise, and my mum is the rock of the family.

Osazeme: What inspired you to go from football to starting a production company?

Marvin: I was tired of not being as happy and free as I wanted to be. The football industry is very suppressing in that sense. The level of freedom I have got now is just a world apart. I started a production company because I love film and television and love storytelling. That is my biggest passion, and the medium of video allows you to do so in so many different dimensions: music, visuals, dialogue. Piece everything together and there are so many different dimensions to a story. You can really bring something to life with so many different layers of emotion. That is what I love about film. When we launched ONEIGHTY production company a year ago, that was our number one thing – we want to tell stories and make it look good and feel good.

I also do freelance writing, public speaking, mental health talks. I’m an ambassador for the charity called 'Calm'. I am also on an inclusion advisory board at the FA. We talk about making changes within football and how we can make it a more diverse and inclusive environment. At the end of the day, everything has a story.

Osazeme: What is your single most favourite moment in your career so far, both as a footballer and since retiring?

Marvin: As a footballer, playing in the Olympics. Always dreamt of playing at Wembley as a kid. I grew up in Harrow, which was around the corner. For me, that was an unbelievable moment for me. To have a home Olympics here in London was amazing to be a part of history.

Since leaving football, I would have to say it was the moment we found out we had won the pitch to film an advert for the FA for the Heads Up campaign. That made me think that we are doing something right, we are heading in the right direction.

Osazeme: Where do you see yourself in the next 3-5 years?

Osazeme: If you could thank only one person for where you are today, who would that be and why?

Marvin: I would thank my co-founder Will Miller. If he never shared his music with me, I would have never shared something with him that was very personal. And we ended up working together to turn this into a short film, which was the start of the whole journey.

Osazeme: At the Davi Magazine, we love to ask our guests, if you had an opportunity to speak with your old self, what would you say and why?

" Be honest, be yourself,

be authentic and be courageous."

9 Positive Things Which Took Place During the Pandemic 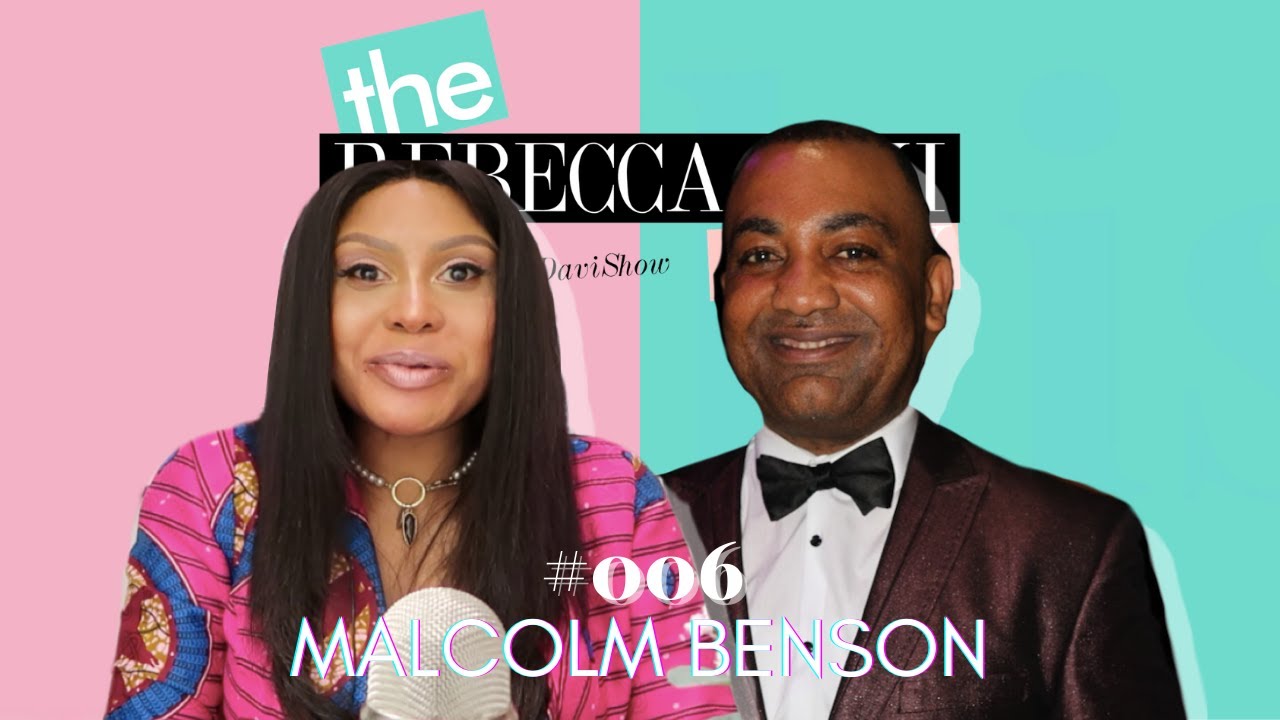 "People Need to Be Taught The Importance of Empathy": Emma Easton on Living with Disfigurements

Moles Almost Covered his Face but Not His Self-confidence

9 Positive Things Which Took Place During the Pandemic